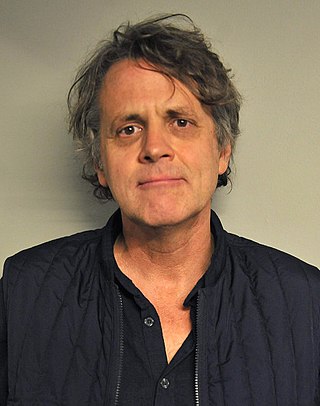 John Christian Wedge (born March 20, 1957) is an American animated film director, producer, writer, cartoonist and voice actor, whose films include Ice Age (2002), Robots (2005), Epic (2013) and Monster Trucks (2016). He is a co-founder of the animation studio Blue Sky Studios and voiced the character Scrat in the Ice Age franchise.

Wedge was born in Binghamton, New York. He became interested in animation when he was 12 years old: "Back then, there was a TV special about kids making cut-out animation in a workshop—as I recall it was Yellow Ball Workshop—it was a clear technique to follow and I followed it. That fascinated me and it got me started. It was so simple, effective and magical in outcome and I stuck with creating things throughout my childhood, teenage years and then college."

He attended Fayetteville-Manlius High School, graduating in 1975. He received his BFA in Film from State University of New York at Purchase in Purchase, New York in 1981, and subsequently earned his MA in computer graphics and art education at the Ohio State University. He has taught animation at the School of Visual Arts in New York City where he met his future film directing partner, Carlos Saldanha.

In 1982, Wedge worked for MAGI/SynthaVision, where he was a principal animator on the Disney film Tron, credited as a scene programmer. Some of his other works include Where the Wild Things Are (1983), George Shrinks, The Brave Little Toaster (1987), and Santa Calls.

Wedge is co-founder and Vice President of Creative Development at ...read more