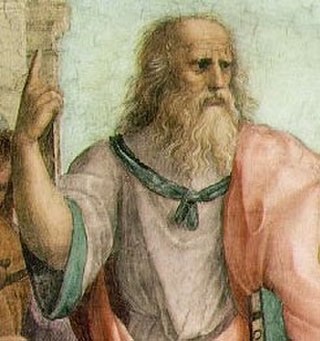 Raphael's depiction of Plato in his 1509-1511 fresco The School of Athens in the Vatican is believed to be a portrait of Leonardo da Vinci. West German stamp commemorating Leonardo's 500th birthday Leonardo Da Vinci medal Metal Vitruvian Man

Leonardo da Vinci (April 15, 1452 – May 2, 1519) was an Italian Renaissance painter and polymath who achieved legendary fame and iconic status within his own lifetime. His renown primarily rests upon his brilliant achievements as a painter, the Mona Lisa and The Last Supper, being two of the most famous artworks ever created, but also upon his diverse skills as a scientist and inventor. He became so highly valued during his lifetime that the King of France bore him home like a trophy of war, supported him in his old age and, according to legend, cradled his head as he died.

Leonardo's portrait was used, within his own lifetime, as the iconic image of Plato in Raphael's School of Athens. His biography was written in superlative terms by Vasari. He has been repeatedly acclaimed the greatest genius to have lived. His painting of the Mona Lisa has been the most imitated artwork of all time and his drawing the Vitruvian Man iconically represents the fusion of Art and Science.

Leonardo's biography has appeared in many forms, both scholarly and fictionalized. Every known aspect of his life has been scrutinized and analyzed. His paintings, drawings and notebooks have been studied, reproduced and analyzed for five centuries. The interest in and appreciation of the character of Leonardo and his talents has never waned.

Leonardo has appeared in many fictional works, such as novels, television shows, video games and movies, the first such fiction dating from the 16th century. Various characters have been named after him.