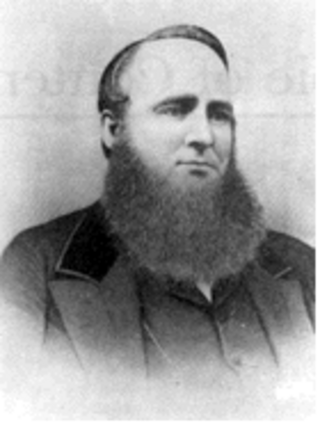 The First Presidency of Community of Christ, formerly the Reorganized Church of Jesus Christ of Latter Day Saints, is the church's highest-ranking priesthood quorum. It is composed of the Prophet-President and two counselors, and they preside over the whole church under the principles of "theocratic democracy" observed in the governance of the church. This includes responsibility for the World Conference, field ministries, priesthood quorums and orders, and headquarters functions. The president of the Church holds the priesthood office of Prophet and is also a High Priest.

Prior to 1996, all prophet-presidents were descendants of the movement's founder, Joseph Smith Jr. This pattern was broken by Wallace B. Smith, who designated W. Grant McMurray church president. McMurray, in turn, resigned the church presidency in 2004 without designating a successor. A joint council of church leaders led by the Council of Twelve Apostles announced in March 2005 that Stephen M. Veazey was selected as Prophet-President designate. Veazey had been serving as president of the Council of Twelve. Delegates elected to a special World Conference of the church approved Veazey and he was ordained as the 8th president of the High Priesthood, Proph... ...read more