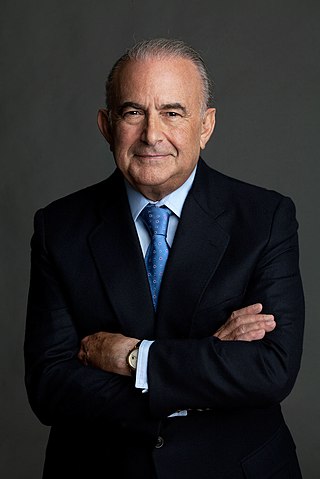 In this Spanish name, the first or paternal surname is Jiménez de Cisneros and the second or maternal family name is Rendiles.

Cisneros is the son of Diego Cisneros and Albertina Cisneros (née Rendíles Martínez).

Cisneros's father, Diego Cisneros, was in business in Caracas from 1929 and received the Pepsi concession for Venezuela in 1940, before going on to gain the concession for private TV channel Venevisión in 1961. The Cisneros family was the first-wealthiest in South America on the 2006 Forbes ranking.

Grupo Cisneros is one of the largest privately held media entertainment organizations in the world. The company has been headquartered in Coral Gables, Florida, since 2000.

Cisneros became President of Grupo Cisneros when he was 25 years old.

Cisneros’ wealth comes from his holdings in media, entertainment, telecommunications and consumer products companies. Grupo Cisneros is one of the largest privately held Spanish-language media and entertainment companies. Until the buyout of Univision, the United States’ leading Spanish-language television network, Cisneros was one of the biggest shareholders of the Company. He also... ...read more