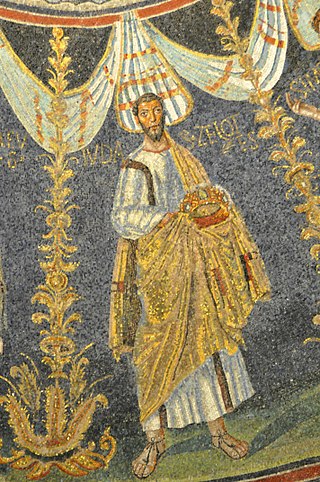 Bruce Metzger, in his Textual Commentary on the Greek NT, comments on Matthew 10:3:

"The name Judas Zelotes in several Old Latin manuscripts (compare also the same name in the fifth century mosaic in the great Baptistry at Ravenna) may be a further assimilation to the previous name in Luke's list, "Simon who was called the Zealot.""