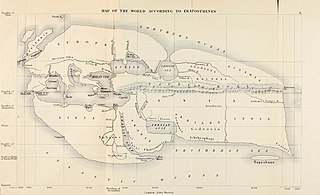 In the Western world, Persia (or one of its cognates) was historically the common name for Iran. On the Nowruz of 1935, Reza Shah asked foreign delegates to use the Persian term Iran (meaning the land of Aryans in Persian), the endonym of the country, in formal correspondence. Subsequently, the common adjective for citizens of Iran changed from Persian to Iranian. In 1959, the government of Mohammad Reza Pahlavi, Reza Shah's son, announced that both "Persia" and "Iran" can be used interchangeably, in formal correspondence. However, the issue is still debated.

The name "Iran" is first attested in the Avesta as airyānąm (the text of which is composed in Avestan, an old Iranian language spoken in the northeastern part of Greater Iran, or in what are now Afghanistan, Turkmenistan and Tajikistan).

It reappears in the Achaemenid period where the Elamite version of the Behistun Inscription twice mentions Ahura Mazda as nap harriyanam "the god of the Iranians".