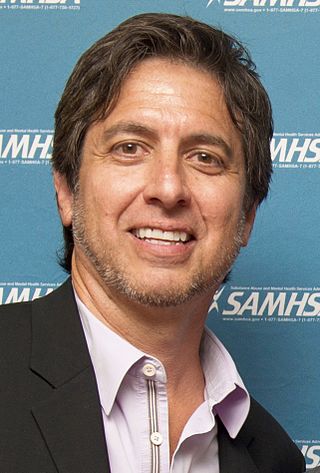 Raymond Albert Romano (born December 21, 1957) is an American stand-up comedian, actor and screenwriter. He is best known for his role on the CBS sitcom Everybody Loves Raymond, for which he received an Emmy Award, and as the voice of Manny in the Ice Age film series. He created and starred in the TNT comedy-drama Men of a Certain Age (2009–2011). From 2012 to 2015, Romano had a recurring role as Hank Rizzoli, a love interest of Sarah Braverman in the NBC series Parenthood. More recently, he co-starred in the romantic comedy The Big Sick (2017) and portrayed mob lawyer Bill Bufalino in Martin Scorsese's epic crime film The Irishman (2019). Since 2017, Romano has portrayed Rick Moreweather in the Epix comedy-drama series Get Shorty.

Romano was born in Queens, New York City, the second son of Luciana "Lucie" (née Fortini), a piano teacher, and Albert Romano (1925 – 2010), a real estate agent and engineer. He is of Italian descent. He grew up in the Forest Hills neighborhood of Queens. He has an older brother, Richard (born 1956), a sergeant with the NYPD, and a younger brother, Robert (born c. 1966), a second grade teacher in New York City.