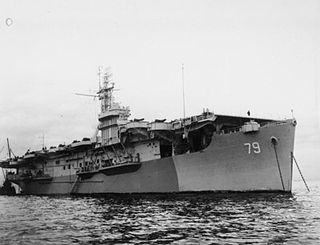 As built they were intended for three types of operations, "Assault" or strike, convoy escort, or aircraft ferry.

After the war some were scrapped while other had their flight deck removed and converted as merchant vessels (and all eventually scrapped by the 1970s).

These ships were all larger and had greater aircraft capacity than all preceding American built escort carriers. They were laid down as escort carriers and were not converted merchant ships. All the ships had a complement of 646 men and an overall length of 492:feet 3:inches (150.0:m), a beam of 69:feet 6:inches (21.2:m) and a draught of 25:ft 6:in (7.8:m). Propulsion was provided by one shaft, two boilers and a steam turbine giving 9,350 shaft horsepower (SHP), which could propel the ship at 16.5 knots (30.6:km/h; 19.0:mph).

Aircraft facilities were a small combined bridge–flight control on the starboard side, two aircraft lifts 43 feet (13.1:m) by 34 feet (10.4:m), one aircraft catapult and nine arrestor wires. Aircraft could be housed in the 260 feet (79.2:m) by 62 feet (18.9:m) hangar below the flight deck. Armament comprised: two 4:inch Dual Purpose guns in single mounts, sixteen 40:mm Bofors anti-aircraft guns in twin mounts and twenty 20:mm Oerlikon anti-aircraft cannons in single mounts. They had a maximum aircraft capacity of twenty-four aircraft which could be a mixture of Grumman Martlet, Vought F4U Corsair or Hawker Sea Hurricane ...read more